Eline Sperizer has blond hair and blue eyes, his hair that came slightly below his shoulders was neatly tied back. He smiled, and looked like a picturesque knight in shining armor.

neither murderous intent or animosity. To kill must be as natural as breathing for him. He showed no hesitation towards the act of killing. Here was true terror, in the form of a man.

He was born as a chosen one and as a hero but seen as a problem by the people from his village. He was eventually sold to the priest Bulk who raised him. 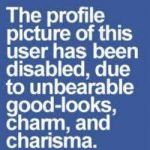