We're Getting Mutants in the MCU - The Loop

Tiera Lucent is an Elf and a salesclerk of Tsuki no Hokora. An aspiring Alchemist and a previous holder of a [Cursed Gift]. She's also fused with Marino's soul tied. Marino was Shins girlfriend during the Death Game, although she died, her soul eventually fused with Tiera's.

An elven girl with black hair and golden eyes. Pointed ears can be seen between her silky black hair. She has a beautiful appearance that matches perfectly with her figure. Despite her age, she looks 17 or 18. Her height is approximately 160 cemels (centimeter). Her skin is healthy white, and her chest is very firm and proportionate with her overall slim body.

As a child she had a long silver hair, but changed black one day when she was cursed. Not long after, Tiera was expelled from her village due to the curse's nature of attracting strong monsters. Schnee found her while she was wandering aimlessly and brought her to Tsuki no Hokora, where she has been living and working for more than 100 years.

She is the clerk in Tsuki no Hokora and is constantly asked about Schnee Raizar, her master. She meets Shin when he arrives at the store and upsets the knights. As Tiera and Shin begin talking, it is made clear that Shin doesn't know much about the current world. Tiera gives Shin a brief history of events and teaches him about the new money system. Shin gives her the Geyl coin. Shin sees that Tiera is an elf even though she has illusion magic on her and only people stronger than Schnee can see through the magic. To most people, she looks like a cat girl with red hair and black eyes. Tiera explains the story of how she would attract the attention of strong monsters and how she was banned from her village and saved by Schnee. Shin finds out through [Analyze] that she has a status ailment known as [Cursed Gift]. He cures her using [Purification] and teaches her the skill [Analyze] so she is able to walk outside for the first time in over 100 years. Overjoyed, Tiera gives Shin a Letter of Introduction and tells him that it can get him through the border without a hitch.

Shin forgot to send a message to Schnee, so he returns to Tiera. He brings out [Blue Moon] and they have a discussion about it. He shows her how to use message cards and gives her 5 since Tiera is interested in magic research.

Tiera uses the message card to contact Schnee and gets a respond with many questions. She answers as many as she can and contacts Shin to inform him of this.

After the events at the Wraith Plain, Tiera greets Schnee and is surprised to see Shin and even more surprised to hear that he is the manager. Her reaction was the same when Yuzuha was introduced. Tiera is further surprised by Schnee's choice of ingredients for the dinner and could feel the aura coming from them. After dinner it is clear that she is drunk and Schnee carries her to her room. The next day Tiera and Schnee prepare breakfast. Tiera is able to go out further into the woods and picks flowers. As she goes to check on Shin, Yuzuha accidentally hits Tiera while opening a door. Tiera is not as surprised to hear that Yuzuha can transform, but she is surprised later to hear that Shin can "carry" the store.

Tiera changes into a set of hunter clothes and set out with Shin. She stretches outside and Shin looks at her chest. Because he stares too long, Shin has to pay for the shopping. She is excited to enter the city and goes to the guild holding Shin's hand, which attracts attention. Els jumps over the counter and tightly hugs Tiera. After they settle down, both go upstairs to register while Shin talks to Celica and takes a guard quest toward Beirun. The two of them go shopping to prepare for the quest and then visit the orphanage.

She introduces herself as an employ of Tsuki no Hokora to Rashia and Thoria. Melka convinces Tiera to play with the kids. She plays with the girls while the boys look from afar since she is too beautiful to approach and they are too young. She borrows the kitchen and makes inarisushi for everyone. After lunch they return to the guild and pick up Tiera's guild card and register as a party. They shop a bit more and then Shin uses [Crystal Stone] to teleport to Tsuki no Hokora. Tiera witnesses Shin change the store into a necklace. They head out for the quest and introduce themselves to Gaien Greig, and Tsubaki Ignite, their co-adventures for this quest. Nack introduces himself and they head out on his wagon.

Tiera explains that she is an alcemist and a new adventurer. She can use a bow and dagger, water and wind magic arts, and can make simple recovery medicines. They continue talking and travelling for a few days without any worry and Tiera takes over as coachman sometimes. A pack of Jag Wolves attack the wagon and everyone gets ready. From the top of the wagon Tiera kills one wolf with one shot. Then, she helps Shin by taking out a second wolf with a shot to the forehead. The others kill off the rest of the wolves while noting that they looked thin.

The group is close to Beirun when they get attacked by bandits who are carrying magic swords and have information about the group. Tiera notices that Shin presence changed from calm to sharp and dark. Her hesitant thoughts of killing someone disappear. Gaien gives the signal and Tiera shoots an arrow at a bandit hiding in a thicket and kills him quickly. The rest of the group takes care of the bandits and when it's all over Tiera holds Shin's head to her chest for a while and returns Shin to his former calmer self.

They arrive at Beriun and part ways with the others. Running everywhere would be fastest for Shin, but carrying Tiera would be uncomfortable. They go to buy a wagon and Tiera warns Shin not to do anything too extraordinary. Shin wants to add a suspension system to the wagon and Tiera agrees to it because of the shaky and bumpy ride in Nack's wagon. After the purchase they go sightseeing and decide on a beautiful inn with large glass windows. Tiera brings up Tsubaki's race. Sometimes it is hard to see it with [Analyze].

The next day Shin modifies the wagon and Tiera is shocked by the method and his speed. Tiera is scared of Gruefago Jade (Lv. 751), who is named Kagerou, when she first sees him and hides behind Shin. If Tiera hadn't been trained by Schnee she would faint at the sight of Kagerou. After they get on the wagon, pulled by Kagerou, Tiera notices the quality of the ride. Kagerou tells his story (through Yuzuha) and Tiera remembers that she helped save a puppy in the past. Schnee cancels her contract with Kagerou and Tiera gains the Tamer's job by accepting Kagerou's request. Their contract sign is a kind of flower that Shin remembers. The contract tires Tiera and she sleeps in the wagon at which point Schnee confesses to Shin that part of her reason for Kagerou was also to protect Tiera.

Tiera eventually gets used to the speed of wagon (60 km/h) and the group travels quickly towards Falnido. On the way they meet with a group of knights who are begrudgingly taking orders from a person from the church and running from Guardian Golems. Tiera stays with wagon as Shin takes care of the situation. When they arrive Tiera is nervous but calms down and manages good etiquette during their visit, where she meets Girard, Wolfgang, Cuore, Van, and Rajim. She is present when Shin repairs Girard's armor and weapon, [Crushing Moon]. She later receives and wears cat ears, a cosplay item, from Shin. She goes to Larua Grand Woods with Shin for a preliminary inspection and trains to become stronger. Later that week, she witnesses the fight between Shin and Girard and is speechless. 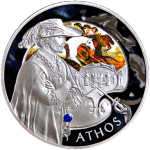 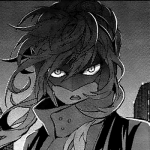 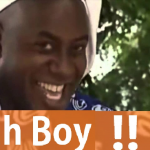